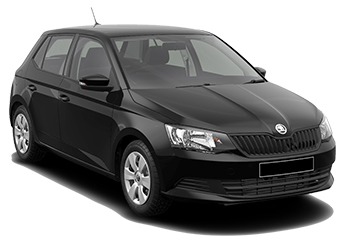 The layout of Karlsruhe was planned such that 32 streets radiate out from the city's central palace, like the spokes of a wheel. Resembling the ribs of a folding fan, Karlsruhe is nicknamed the 'fan city' of Germany — and what better way to see it than with a car rental? Explore Karlsruhe's museums, parks and surrounding regions with total flexibility and freedom. Follow your own schedule and explore the best of this unique southwest German destination.

Rent a car in Karlsruhe to benefit from the ease and flexibility a rental car offers without needing to heed the timetables of tour operators. Get out of town and explore the beautiful German countryside, or head across the border into France for a truly European adventure. You can hire an auto from a number of locations around the city, including:

*The opening times may differ and vary depending on the rental site. Precise information can be found in the listing details. There are certain car rental sites that allow pick-up and returns outside of the opening times though this service may cost extra.

Rent a car: Karlsruhe and its sights

The city’s radial layout makes driving around Karlsruhe easy. If you visit Karlsruhe and rent a car it's easy to drive to other German cities such as Stuttgart and Mannheim, French border cities like Strasbourg via the extensive autobahn. On the much faster autobahn, however, note that it is illegal to pass to the right side, and you can only overtake a vehicle from the left. City speed limits vary from 110 km/h in two-way traffic to a mere 30 km/h in residential areas, so be sure to be observant of traffic signs. Seat belts are also compulsory for both the driver and any passengers.