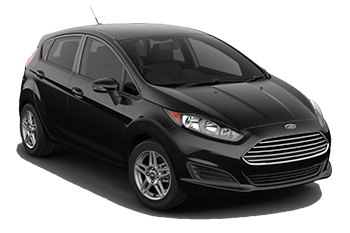 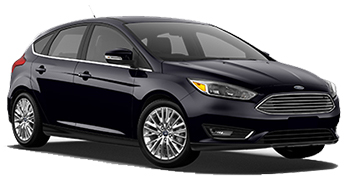 Fuerteventura is the second largest of the Canary Islands, an archipelago that belongs to Spain, though it lies closer to Africa. With its rugged natural beauty and spectacular lineup of sandy beaches like Costa Calma, Morro Jable, Ajuy, Cofete and Jandia, Fuerteventura is a UNESCO biosphere reserve and a heaven for holidaymakers. Opting for car rental in Fuerteventura is the best way to discover the remote wilderness of the island, which is absolutely breathtaking in its beauty.

Car rental in Fuerteventura - the most important rental sites

You can rent a car in Fuerteventura if you want the flexibility to discover the island at your own pace - whether you are planning on staying for a longer time or just a short island break. Compare auto rental offers to find a cheap deal on your hire car, which you can pick up from a number of locations, including:

Rent a car in Fuerteventura and discover its sights

The Corralejo National Park is a 10 km stretch of sand dunes with beaches on one side and mountains on the other. The park is home to many indigenous species of animals. Whether you are a nature lover or just want to kick back on the beach, Corralejo is a great destination for a day trip with the family.

Located in the Jandia Natural Park, Cofete Beach beckons visitors with its wild, untamed and somewhat mysterious allure. The golden sands and calm waters will have you splashing around in no time. It is great to have the comfort of a rental car in Fuerteventura to reach this remote area, which is otherwise hard to access.

El Cotillo is a small fishing village in Fuerteventura with some of the most spectacular beaches and lagoons on the island. The lagoon beaches in the north of the village are really inviting thanks to the combination of shallow waters and white sand against the backdrop of black volcanic rock. The village can be easily reached by car from Fuerteventura.

The Ajuy Natural Monument is another striking location on Fuerteventura. Located on the west coast, it's one of the oldest rock formations on the island. In addition to the magnificent views that can be enjoyed there, the area is also home to black sand beaches and an extensive network of sea caves.

Following the Berber invasion of the island in the 16th century and due to its strategic position, Fuerteventura was subject to a number of pirate raids. As a consequence of those attacks, its coastline is populated with the remains of many historic castles dating from that era.

Getting around when you rent a car in Fuerteventura

In Fuerteventura, it is a great idea to rent a car since it's a pleasure to drive around the island; however, you should be aware of the traffic rules. Drivers must carry a valid license as a well as the car’s registration papers and proof of insurance at all times. The islanders drive on the right hand side of the road and overtaking is done from the left, though you should never overtake at pedestrian crossings. It is absolutely necessary to wear seat belts, even for those sitting in the back. Children under 12 years old are not allowed to sit in the front seat. Do not drink and drive or talk on the phone while driving, as doing so puts others at risk and will incur a penalty.