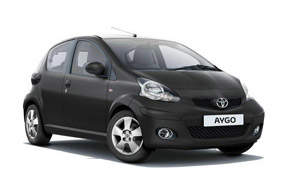 Sicily, a picturesque and historic island, lies off the southern tip of Italy. Noted for its beautiful cities, quaint towns and beautiful landscapes, those who rent a car in Sicily can expect to find an enchanting destination full of variety. When you rent a car you will have the flexibility to explore its diverse attractions, such as the Madonie Regional Natural Park, the 2,700-year-old city of Palermo and the many ancient ruins located throughout the island.

A rental car in Sicily, which makes it easy to explore this fascinating island, is something of a necessity given the remoteness of many of its best attractions. When visiting Sicily, rent a car so that you are in control of your itinerary. Choose from a short or long term trip in Sicily, dropping off the car where you picked it up or somewhere else. Whatever you choose, you will be able to explore the impressive Mount Etna, visit the colourful city of Palermo and see the coastal city of Trapani. In Sicily a cheap car rental is available at several locations:

Sicily: Book a car rental and explore its sights

With a car hire in Sicily, you will have the flexibility to go where you please and follow your own timetable. One attraction of the island not to be missed is the majestic Mount Etna – it’s not every day that you get to explore an active volcano! The drive up the mountain is spectacular, a once in a lifetime event, and the views are terrific, so you will want to bring your camera. Make sure to see the lava flows and stop in Novara di Sicilia, a nearby ancient town full of interesting shops and cafes.

Syracuse is so old and important that it is even mentioned in the Bible. Home to several UNESCO World Heritage listed sites, the city and surroundings feature many areas of archaeological and cultural significance, including Syracuse’s old town, castles, cathedrals, catacombs and ancient burial caves. Spend a few days exploring the romantic beauty of this area, which has many excellent restaurants and hotels.

Though there is much to enjoy in Agrigento, the absolute highlight is the Valley of the Temples, which features many fascinating archaeological ruins that date back all the way to the 5th century BCE. In all there are seven temples, the best preserved being the Temple of Concordia. One of the main advantages of an auto rental in Sicily is that you can visit all of the sites at your own pace.

Palermo, the capital of the island and the busiest and most exciting town, is a good place to begin your trip with a car rental in Sicily. There are many churches and other architectural highlights to be found in the city, as well as piazzas that come to life with activity on warm summer evenings.

Getting around in Sicily with your car rental

Driving your rental car in Sicily can be a bit of a challenge at first. The road signs are not as clear as they could be and the locals seem to make up their own rules as they go along. However, do not let this deter you, as you will soon get used to it and driving does get much easier once you get away from the busy urban areas.