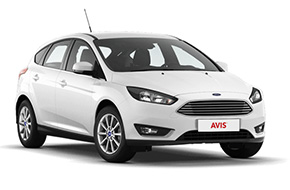 There is no adequate way to describe the city that never sleeps. You simply have to visit to fully experience the city's hustle and bustle, from the lights of Times Square to Museum Mile on Fifth Avenue and out to Brooklyn's Coney Island. If you rent a car in New York, you can easily avoid packed buses and subways. A cheap car rental in New York will let you get a whole new perspective on the city.

Make the most of your stay with a rental car in New York, one of the world's most alluring metropolises. Discover the famous five boroughs at a leisurely pace; from the Brooklyn Bridge to Rockefeller Center, it's impossible to get bored on a New York trip. The following locations in New York offer cheap auto rental:

*Pickup/drop off of rental cars in New York is possible, but may incur extra charges. The opening times may differ and vary depending on the rental site. Precise information can be found in the listing details.

Rent a car: New York and its sights

Most of the city's great attractions can be reached by car in New York. If you are unable to see everything in one go, staying long term in New York might be the solution.

Getting around by car in New York

When you hire a car in New York, it's imperative to note that many streets are one way. There are also many places where you cannot make a left turn, which will be indicated by a sign. Unlike most of the U.S., where you can turn right at a red light, provided there is no oncoming traffic, this does not apply to New York, unless specifically indicated by a sign. If parking your rental car in New York is a challenge, you can pay to leave it in a garage. Just be sure to read the fine print and don't just assume the total cost will be the advertised price.

Pay close attention to street parking signs regarding, for example, street cleaning days, and be sure not to park where you might incur a ticket. And be mindful of pedestrians, as jaywalking in New York is more or less the norm. The speed limit in the city is 40km/h, unless otherwise indicated. It is illegal to drive while talking on a mobile phone, even a hands-free device.