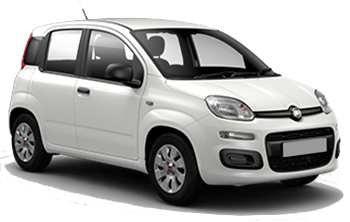 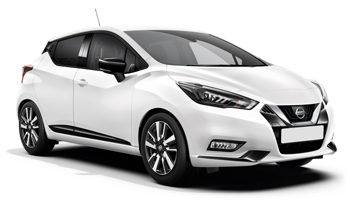 Thessaloniki, also sometimes called Thessalonica, is Greece’s second largest city full of history and culture, Visitors in Thessaloniki who rent a car during the many festivals and yearly events will see why it’s also known as one of the best party cities in the world. For history buffs, meanwhile, the city's 3,000 years of known history are a huge draw including ruins right in the centre of town. Use your rental car in Thessaloniki to easily get to the still-standing Byzantine and Roman churches, several of which are UNESCO World Heritage Sites.

To rent a car in Thessaloniki will be an adventure! You can travel the city and the surrounding area at your own pace, leaving room for those memorable experiences. Online you can find many companies that offer cheap car hire in Thessaloniki. Here is a list of some of the best rental sites.

*The opening times may differ and vary depending on the rental site. Precise information can be found in the listing details. With some car rental sites, pickup and returns are possible outside of the opening times. However, be aware this service could incur extra charges.

Rent a car: Thessaloniki and its sights

Getting around by car in Thessaloniki

Visitors who rent a car in Thessaloniki should take extra care while driving, as the locals are known to sometimes disregard traffic rules. In this case, stay calm and do observe the legal speed limits which are 50 km/h in urban areas, up to 110 km/h on the provincial roads outside Greece's main cities, and 120 km/h on motorways. Always give way on roundabouts. With car rental in Thessaloniki, you may experience bottlenecks at the road junctions; if you happen to see other drivers disregarding road signs, speed limits or even pedestrians, don’t follow suit.

In the city, it is easy to find paid parking facilities. Have some coins on you when you look for parking, and remember that morning and early evening rush hours will see more traffic in the inner city. If you rent a car in Thessaloniki, even for a one way Thessaloniki trip, it's possible to inquire with your car rental site about extra driver's insurance.